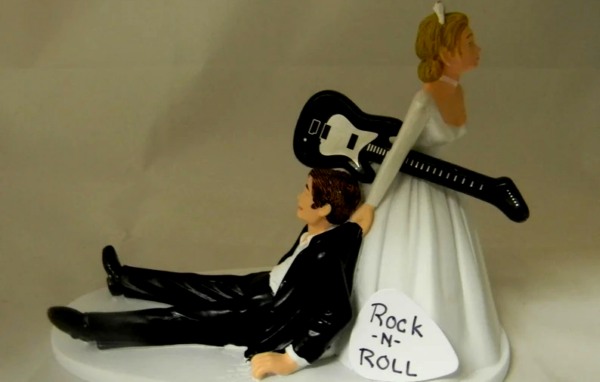 Today, my firstborn - known to these pages as TheMadster - is getting married. The whole shebang has been delayed by a year for reasons you're all more than aware of, but I suspect the wait will be worth it. Now, I'm not one for parties at all these days, but I am willing to make an exception for this one.

By way of marking the occasion here, I'm offering up a few tunes for the happy couple. First up, one for the bride, who as you may know, is a big Frank Turner fan. I will be walking her down the aisle to this:

Her groom - who is known in these parts as TheEmster - is into EDM. Never mind, eh. His favourite track of all time is this one:

For my part, I've delved into the archives. I was working in Our Price when Goodbye Mr Mackenzie released their second album 'Hammer And Tongs'. I remember we were all mildly amused by it's front cover. One of its singles was this track. The video features Big John Duncan as a priest and Shirley Manson as a bride. What's not to like?

And finally, as if the point needs proving that there's always a Half Man Half Biscuit song for every occasion, here's the four lads from The Wirral and a song from their 2003 mini-album 'Saucy Haulage Ballads'. It references 16th Century Renaissance composers, 18th Century British Prime Ministers, and, erm, a former Liverpool goalie. Typical HMHB, then...

To the Bride and Groom!